New Year's Resolutions? No. But I Do Have Some Writing Goals

Happy New Year, everyone! Some of you are glad 2017 is over and history. Some of you might be sad to see the old year go. I have mixed feelings about 2017. Some good things happened and some not so good things.

I’m started this new year off with some goals. And I’m happy to report that I’ve already completed my first task: cleaning out my clothes closet. So I’m marking one task off my list already. Yay! 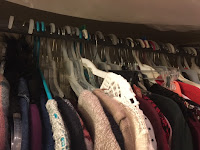 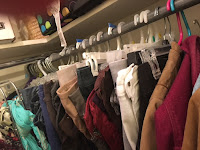 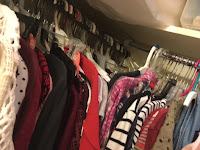 Someone told me she was trying this new method of deciding what clothes to keep and what clothes to toss. No, it’s not the hold-it-in-your-hand-and-decide-if-it-brings-you-happiness method. I tried that with questionable results. It depends on what day I’m trying on a certain piece of clothing if it makes me happy or not. This new method is called the backward hangers method. Turn all your hangers around backward, and after you wear a piece of clothing, hang it forwards. By the end of 2018, you should know which clothes you still wear and which to get rid of. We shall see if this method works on New Year’s Day 2019.

The Rush of Winds Through Magnolias and Wild Rose were the only two new books I published in 2017. I did a lot of writing last year, but most of my new work is scheduled for release in 2018. Truthfully, I should have concentrated on finishing the Haunted Hearts series, because toward the end of 2017, my personal life interfered with my writing schedule, and the release of book number ten was postponed longer than I had planned. 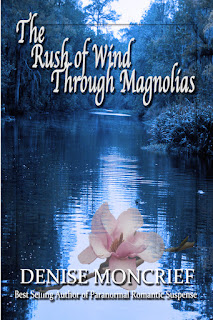 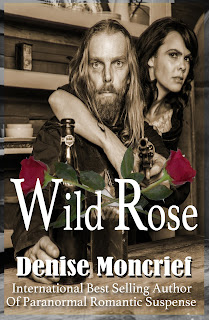 The final book in the River Road Set of Haunted Hearts, The Sweet Madness of Honeysuckle is on pre-sale now and set for release on January 21, 2018. So that’s release number one. 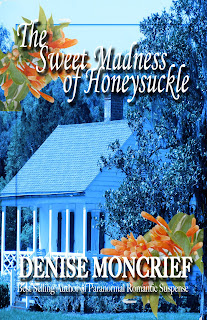 I’ve completed the first book in the new Prescience series, Second Sight, with a tentative release date of April 15, 2018. Here's the link to a chapter one sneak peek. My goal is to have the next book in the series Dream Sight written before I release Second Sight, and release Dream Sight six weeks later toward the end of May or the beginning of June 2018. So that’s books number two and three.

I know it’s an ambitious goal, but Second Sight and Honeysuckle are already written, and if life doesn’t get in the way, I might be able to release all five books.

Goal Number Two: Establish a regular email newsletter schedule and stick to it.

I love getting feedback from readers and interacting with you. A private group would make communicating so much easier. I want to make it a place where my readers can go to view content that is exclusively for them. Sneak peeks. Special offers. Contests. I'll let you know when the group goes online.

I'm excited about my goals for 2018. I hope everyone has a happy, safe, successful, and totally wonderful New Year.

Denise
Posted by Denise Moncrief at 3:48 PM No comments: