Write Every Day, They Said

The seventh book in the Haunted Hearts series just released on June 25th. I was editing it right up until the moment I had to submit the final version to Kindle by the end of the day on the 14th. I uploaded the final copy and sat back to relax. 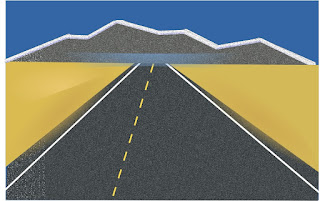 A week before its official release, my family left for a vacation to Colorado. Since we were flying, I decided to leave my computer at home, to enjoy the trip, and to give my writing a short break.

Heresy, I know. How many times have veteran writers advised someone new to writing to write something every day? Too many times to remember. I was one of those writers. When someone asked for my advice about writing, I spouted the same mantra. Write every day, even if it’s only one sentence. If you don’t use it, you lose it.

So leaving the computer at home seemed a bit…unsettling. Would I lose my writing mojo if I took a couple of weeks off? Would my muse pack her bags and move back to wherever she came from? Would the lapse cause my release schedule to fall months and months behind? Would my readers forget me and find someone else’s books to love?

I learned a solid truth about writing while my computer had a little staycation back home. No. I wasn’t going to stop being a writer because I wasn’t recording the words that form inside my head. Writing is my life. It’s part of me. It’s not leaving me because I take a break.

Writing isn’t just tapping out words on a computer keyboard (or writing them out longhand if the writer is old school). Writing is a process that involves much more than drafting a manuscript. Good writing begins with inspiration, and inspiration can be found anywhere, anytime. The process continues when inspiration morphs into imagination. And finally, the work is halfway there when imagination emerges as creativity. The longest and hardest task is shaping creativity into a product that is publishable and readable.

I should have known better than to suggest that a writer should add word count every day. Sometimes imagination hasn’t quite reached the point of creativity. Sometimes it stays stuck in my head, percolating and simmering and baking into something worth putting into words. Yeah, a lot of the writing process stays in my head until it’s fully cooked.

How many times have I stared into space only to be jolted back to the moment by someone I know? “What are you staring at?”

“I’m not staring. I’m writing.” And I am. In my head. Setting the mood. Concocting the action. Considering potential dialogue. Twisting plot points and imagining character reactions. This is all part of writing. Important steps in the process that cannot be rushed.

Writing begins somewhere else besides the computer keyboard. Truth be told, some of my best work happens in the shower, or in the car, or I must admit, at my accounting job. So is it any wonder that the core of a brand new trilogy came to me in the Denver Airport at the tail end of our trip while we were getting ready to fly back home? (P.S. Have you read about the conspiracy theories surrounding the new airport? If you’re curious, check out the murals that were painted in the main terminal. Creepy. That might be the core of a suspense novel right there.)

Setting is so important to the mood of a book. My trips around the country have often inspired the locale for a book before I even start to consider a plotline. The Haunted Hearts series began when I spotted a creepy, abandoned house on a country road in Arkansas. Now, I’m working on book number eight in the series.

But this trip, I doubted if I would find much inspiration. I’d been to that part of Colorado many times. I even have an already published three-book series set in another part of the state. I thought I had milked all the inspiration out of the state of Colorado that I could manage. I thought my brain could take a little rest from working out plots and character sketches. Just for a couple of weeks.

But no. Inspiration hit me hard. Right there, while I was waiting for my husband and my son to come back to the table with our pizza. I scratched out a description for book one of the trilogy right there on a scrap piece of paper.

After I got home and typed the blurb out on my computer, inspiration settled into what the book will become, and the premise for all three books solidified. The writing began somewhere near Shadow Mountain Lake in Colorado, but readers probably won’t see the final story for months or maybe even years.


I can’t take a break. Writing is what I live and breathe. It’s a part of me, of who I am, every single day. Even when I’m not writing, I’m writing.
Posted by Denise Moncrief at 10:13 AM 1 comment: