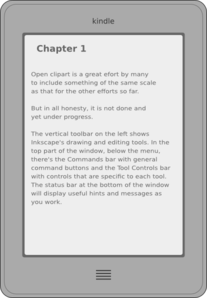 I think the big 5 publishing houses would like me to believe the days of my indie success are over, that perhaps, I should go back to groveling for their attention through the industry gatekeepers, the agents.

I'm not ready to give up my indie status. Not yet.

Recently, I've come across two very interesting articles with opposing points of view on the subject.

It would seem that the Association of American Publishers would like the public to believe that the shift away from paperbacks to ebooks has reversed and the ebook market is in decline. Not great news for indie authors or small presses. Or for the many trees who will have to give their lives for the resurgent success of the paperback market.

Here is an excerpt from an article posted to The New York Times website.

“E-books were this rocket ship going straight up,” said Len Vlahos, a former executive director of the Book Industry Study Group, a nonprofit research group that tracks the publishing industry. “Just about everybody you talked to thought we were going the way of digital music.”

But the digital apocalypse never arrived, or at least not on schedule. While analysts once predicted that e-books would overtake print by 2015, digital sales have instead slowed sharply.

But here's the problem with their data:


It is also possible that a growing number of people are still buying and reading e-books, just not from traditional publishers. The declining e-book sales reported by publishers do not account for the millions of readers who have migrated to cheap and plentiful self-published e-books, which often cost less than a dollar.
Read the full article here.


While another site that monitors ebook sales on Amazon, Author Earnings, posted an article with a very different outlook for sellers of ebooks.

Here is an excerpt from the article.


The widely-heralded “plateauing” of the US ebook market has gotten plenty of press over the last 18 months, fueled primarily by these reports of declining ebook sales from the AAP, from Nielsen, and in the released quarterly financials of the Big Five.
Traditional publishers and publishing industry pundits are claiming that the broader US ebook market has now flattened, or is even shrinking.
But at the same time, the largest ebook store in world is telling the Wall Street Journal that the exact opposite is happening:
“Amazon says e-book sales in its Kindle store—which encompasses a host of titles that aren’t published by the five major houses—are up in 2015 in both units and revenue.”
You can read the full article here.

So are ebook sales declining or not? No, I don't think so. Author Earnings further reports:

But right now, as of September 2015:
This dramatic market share shift has not gone entirely unnoticed in traditional-publishing circles. In July, influential industry veteran Mike Shatzkin observed that:
“Ebook sales for big publishers may be declining but they’re being replaced by indie sales at lower prices (their USP) at Amazon.”

When the big 5 won their war with Amazon and began setting their own prices for ebooks, my sales soared. Is this just my experience or is this indicative of a larger trend in the market away from the higher prices set by the big 5? Did the big 5 basically shoot themselves in the proverbial foot?

No one is going to want to pay more for an ebook when you can get the paperback cheaper at Walmart. The big 5 were intentionally using this strategy to tank the ebook market and bolster the dying paperback market. So, yes, the big 5 ebook market was going to decline.

Readers who follow authors published by the big 5 are going to remain loyal and purchase the paperback if the ebook is more expensive. But what about those readers who have gotten used to the lower price of ebooks? A lot of them have migrated to independently published books.

I think the big 5 should break out of the denial their living in and quit believing that their segment of the publishing industry is the only segment that matters.

Posted by Denise Moncrief at 1:15 PM No comments: 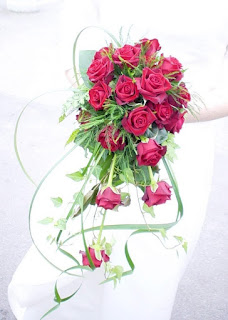 Yesterday, my daughter and I traveled to a stately old plantation house just south of town. There we met her wedding photographer to take bridal portraits on the grounds of the estate. I watched as my beautiful, poised daughter worked well with the photographer. The two of them seemed to read each other’s mind.

It occurred to me how independent my baby had become over the last twenty-one years. She knew exactly what she wanted. Not once did the two of them ask my advice or opinion. My job? To lift her train and carry it behind her while they relocated from one spot to another. Sure, the two of them could not have done it without me, but truthfully, she could have brought anyone along to carry her dress while she walked across the landscape from location to location.

She’s at that point in her life where she needs me, but doesn’t really need me. Both. And neither. Am I complaining? Sort of. But not really. Kind of. I have mixed emotions about my little girl growing up and becoming a woman. I’m proud of the woman she’s become. Sometimes I wish I were more like her. Sometimes she’s my role model.

She’s intelligent, thoughtful, classy, elegant, considerate, conscientious, passionate, compassionate, and opinionated. When she was a baby, I struggled with how to raise her. I knew nothing about children. Finally, after reading a lot of how-to books on raising daughters, I decided what I needed to do was be the kind of woman I wanted her to grow up to be. In some respects, I’ve failed to be the person I’ve wanted her to become, but for the most part, if I’ve truly been her role model, then I must have done something right. Or maybe she's become who she is in spite of me.

But as proud as I am of her for being such an awesome woman, sometimes I wish she could have stayed a little girl a little while longer. The instinct to protect her from heartache, nurture her with lullabies and cuddles and motherly words of wisdom, and shield her from the meanness of other people is still very strong, even though I know she has to move on into her adult life and make her own decisions. Even though I have to step back and give her the room to be her own woman.

Several times yesterday, while I watched her as she moved gracefully in her stunning bridal gown, tears welled in my eyes. Yeah, I cried. Mommy tears.

When the photographer would tell her to smile, a gorgeous smile would spread across my daughter’s face. She doesn’t realize how beautiful she is. Inside and out. She’s glowing and in love. She’s happy. Isn’t that what most mothers want for their baby girls? I just want her to be happy. With her life. With her husband. With the choices she makes. Whatever choices she makes.

I'm looking forward to watching her live her life and be happy. Even if that means I have to watch from a distance. But I want her to know when heartache comes, and it will because it comes to all of us at some point, I’ll be there for her. Because even though she’s a grown woman, she’s still my little girl.

Posted by Denise Moncrief at 11:26 AM No comments:

An Author Should Be Able To Write a Blog Post, Right?

Authors are word people. That’s what we do, string a bunch of words together and hope they make sense to somebody out there in the big, wide world. Nothing stresses me more in my author life than facing a blog post deadline and having no idea what to write. I stare at my blank Word document, and the empty page mocks me. I embrace ideas as if they are the answer to my dilemma, write the posts hurriedly at insanely late hours of the night, and then delete them the next morning, tossing my not-so-good late-night ideas aside like a rejected lover.

Maybe as a blogger, whether you are a writer or not, you’ve faced the same writer’s block. I Googled the topic and found some sites to get the blogging creative juices flowing.

Fizzle’s post: 81 Topic Ideas For Starting a Blog That Matters

The Blog Stylist’s post: 32 Of the Most-Popular Blog-Post Ideas

All you need is a basic skill at Googling to find something to write about. Right? No, it’s not that easy. When has anything about writing or blogging ever been that easy? The difficult part isn’t finding a topic on which to write. No, it’s finding a topic that your blog readers will be interested in reading. Stopping long enough to read a blog post takes time, and time is one thing most blog readers do not have in unlimited supply. If the topic bores them or doesn’t have relevance in their life, the reader is going to “x” out and watch a Youtube video about the ten rudest contestants on American Idol or read an Eonline article about the Kardashians.

It seems simple. Identify the intended readership. Write to the readers’ interests. Post your masterpiece on your blogging platform. Ta-da! Done! Watch your view stats rise to magnificent heights. Um…no.

The blogs I find most interesting relate to the craft of writing and navigating the publishing world, but my readers may not find those same topics entertaining or informative. Only another author wants to read a discussion of character development or point of view breaks or the dreaded, nasty telling versus showing concept. Even though I love other authors, those wonderful people are not my intended readership.

Okay, so I'm going to peruse the lists and blog about something, but I want to ask…Dear Reader, what blog topics get your attention and keep it?
Posted by Denise Moncrief at 1:30 PM No comments: