All About Heroes with Maggie Devine

I'd like to welcome author Maggie Devine to Suspense, She writes. I met Maggie through the Still Moments Publishing writer's group. 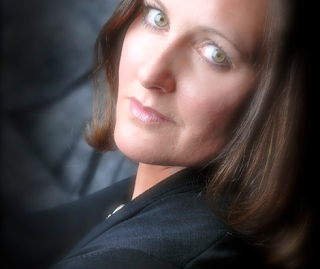 First, tell us a little about yourself.

I grew up in Ontario and did my undergrad at The University of Toronto and post graduate work at Leeds University in the UK. I think my love for writing really bloomed when I lived in England. My mother is from Liverpool and I have always loved the UK, we vacationed there a lot when I was a child as some of my mum’s family still reside there. But living in England while I was at school really brought the countryside into a whole new light. Suddenly my history degree had more meaning, and my romantic sensibilities exploded with each weekend venture I took with friends and family. A country so steeped in history soon gave way to many ideas and stories, which I jotted down upon napkins along the way and stray pieced of A4 (British version of loose-leaf paper).

It wouldn't be until years later that I would find the nerve to actually write my first full manuscript which is still sitting somewhere at Mills & Boon in England in their editorial department.

Since submitting my first full-length book, I have published four short-stories with Still Moments Publishing and have finished another two full manuscripts - both unedited at the moment.

I am currently living in Vancouver, British Columbia where I am involved with the Greater Vancouver Chapter of the Romance Writers of America, and am working frantically to get all three manuscripts edited for submission (and re-submission) so that I can start the other three stories I have in the proverbial ‘hopper’.

My favorite I would have to say is Shane Smith from 'The White Lion'. There is just something about his compassion for his disgraced uncle that I find attractive. He is a successful businessman who grew up in humble surroundings, but who also has a bit of an edge about him. Cocky but not overtly arrogant, I think he is wonderful. Add to this the fact that he is good to his mother and he is near perfect in my eyes.

Ahhhh, Garrett Leatherby. You have not met him yet but he is in my completed manuscript that is sitting at Mills & Boon. I adore him because he is very much a philanthropist at heart. Like Shane from the question above, he does not forget his humble roots now that he is a Hollywood A-Lister and does a lot for those who are less fortunate in his own city of L.A. He is tall, handsome, kind and has good family values. He is not what you would expect which is why I adore him.

My hero’s usually grow off of a picture that I find first. I usually choose a picture from a magazine, or a character from a TV show or movie I like. Garrett Leatherby’s look in my manuscript, ‘Interior Accident’ is based on Josh Holloway’s character called “Sawyer” from LOST. I have a few pictures of Josh that were key to my description of Garrett. In one he is just coming out of the water, shirtless of course, and he has two days of facial hair. In Garrett’s opening scene he looks like Josh as Garrett has just finished filming a pirate movie. The other two pictures I have, Josh Holloway is looking directly at the camera with a cheeky grin, one with teeth showing the other close-mouthed. In these two pictures you can see his jaw line, his dimples and the shape of his nose and his full bottom lip. He is a sexy man and has the colouring and look that I wanted for Garrett Leatherby. He is perfect.

My latest manuscript, which is less than 10,000 words away from being complete, is a Historical Romance. Anton Avery is my hero. I wouldn’t say Anton has a quirk as much as I would say he fancies himself all in control and hard as nails. He is not amused by women at the moment, and feels they are nothing more than a manipulative species out to trap him for their own benefit. Though he thinks he hates them all and is bullish in his ways, he is far from it in his heart. I would call him a steel-coated marshmallow – that is his quirk.

Very carefully. Based on where the story is set, I will research names and places and come up with a few variations. In my latest manuscript, I chose Anton’s last name of Avery based on an English pirate, Henry Avery, who died in and around the late 1600’s.  Anton Avery is a direct descendant one hundred years later in my story and though his pirating ancestry does not play a key role in the book, it gives rise to thoughts about who he really is and where the family money really came from. I love to have a historical point to proceed from, it helps me develop my characters personalities and my story lines.

In my latest story, which has been recently released by Still Moments Publishing, called “MANATEE KEY” in Love’s A Beach, the name Adams is loosely related to a historical family in the American Navy, but Bryce is a purely fictional character, completely made up by myself and my imagination. It is nice however, to be able to give Bryce a pedigree, it makes him seem more real to me that way and hopefully to my readers as well.

Oh, that is an easy one – Mr. Darcy from the BBC’s Pride and Prejudice. I love his character in the book, and Collin Firth really brought Mr. Darcy to life on the screen.

Currently, I am without a hero but I have not given up hope – I am still taking applications for leading man in ‘my life’. 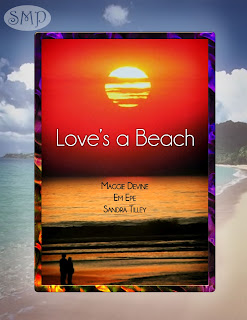 My most recent release is called “MANATEE KEY” and it appears in the compilation book entitled, “Life’s A Beach”. Bryce Adam’s is my hero in this story and he is just plain hot. He is an ex-engineer in the Navy, not to mention a retired Navy Seal – he is a high achiever – but is very much a relaxed at heart. He is tall, blonde and blue eyed, and very athletic with a body that deserves to be admired. He is also smitten with my heroine, Jade McIvor who has not had much luck with men in the last few years. Bryce really has to work his magic to get her to turn her head, and it proves tougher than he thinks.

The book can be found at the Still Moments Publishing website in their e-book section (http://www.stillmomentspublishing.com/p/ebook-store.html) or on amazon (http://www.amazon.com/Maggie-Devine/e/B008Y1C39I).

You can find Maggie at this web site.

Posted by Denise Moncrief at 1:00 AM