All About Heroes Interview with R L Syme

Today I welcome R L Syme to Suspense, She Writes! R L is celebrating the release of her book The Outcast Highlander.

He's lost his family, his title, and his honor, but he can't lose her...

Kensey MacLeod returns home after a failed marriage alliance in France to find her world in turmoil: her best friend married to an English sympathizer, her mother at death's door, and her father imprisoned and thought dead. As an English lord descends to claim her father's lands, Kensey escapes north with her mother and brother, and runs straight into the arms of the outcast Highlander.

Driven from home and family by a crazed father, Broccin Sinclair refuses to stand aside while the English invade his beloved Scotland. But who should he champion? The freedom fighter who saved his life, the family who has forgotten him, or the woman who captured his childhood heart?

Welcome, R L. First, tell us a little about yourself.

I work at a children’s theatre, teaching singing and directing music for our musical performances. Additionally, of course, I am a writer, and I find I love the creativity of having multiple artistic options.

Definitely the hero from this latest book, The Outcast Highlander. Broccin Sinclair is committed and loyal. He falls with his whole heart and he stays true. The woman who captures a love like that is a lucky woman indeed.

I would say that I have a little crush on the hero of my current WIP, which is sort of freaky because I’m writing a YA historical and he’s only 17! But he is just so charismatic and so magnetic. He’s sort of like a young Chris Hemsworth. You look at him and you just know he is amazing and deep and passionate.

Their personality definitely appears first. They are sort of nebulous, and a set of actions, at first, but they develop into this person, and then their physical appearance develops (and sometimes changes).

Oh, definitely. I think every hero has to have a personality quirk. Broccin, for instance, has a martyr complex and it gets him into major trouble. He’s the kind of person who would rather deny himself what he really wants and maintain his loyalty than hurt someone he loves to get his way.

There was once a man named Jamie Fraser… J

Definitely my dad. He is so smart and so kind and generous. He works so hard and tries to make the world a better place for as many people as he can. He’ll always be my hero.

The most recent release is called The Outcast Highlander and is the first in a series of medieval Scottish romances. You can find it on Amazon and BN.com and CreateSpace. The hero’s name is Broccin Sinclair and he has been unfairly treated his whole life. Yet he develops this intense love for a young, beautiful girl when he’s a young man and he remains true to her for the rest of his life.

I enjoyed having you on Suspense, She Writes today, R L! 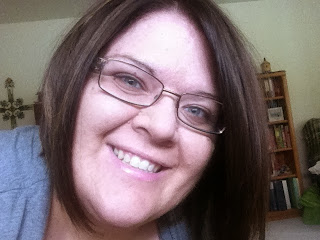 R L is sponsoring a giveaway!

2 great prizes !!    Grand Prize:  R.L. is giving away a Kindle Paperwhite.    As a secondary prize, she would like to give away a set of Scottish Historical romances from some of her favorite authors.

a Rafflecopter giveaway
Posted by Denise Moncrief at 1:00 AM No comments:

Promo Is Killing Me!

Before I get started, let me say right off that I’m much more interested in gaining readers than making a ton of money. I realize I’m probably never going to make a fortune as a writer. What I’m looking for is the number of copies sold, so I will know how many books got into the hands of readers. I spent some time recently getting my information together to prepare my taxes for 2013. After I had tallied my royalties and promotional expenses, I realized 2013 was the first year of my writing existence that I’d made a profit. (Sorry—the accountant in me was just showing...) It surprised me how many books I’d sold. I was much more successful last year than I had imagined, so my goal this year is to at the least double the net amount of books (total copies “sold” less copies I gifted for promo purposes) I sell for royalty.

A new year has begun, and as writers we are all probably reevaluating our writing careers and refocusing our promotional strategies. At least we should be if we are determined to stay in the business, so I’m asking my fellow writers to help us help each other by answering a few questions about our marketing strategies in 2013. What worked for you and what didn’t?

Did you use twitter as a primary marketing tool?


If so, do you think this kind of exposure generated any sales? To me, it seems the majority of my followers are other writers. Are we even reading each other’s tweets? How often do you purchase a book based on a random tweet from someone you don’t already have a connection with?

Do you advertise on sites like The Romance Reviews, Night Owl Reviews, Story Finds, or Chick Lit Plus?


If so, how effective has this been in generating sales? Personally, I haven’t experienced increased sales from this kind of exposure. Does anyone pay attention to the ads on those sites? I’m guilty of just going on those sites and making sure my ad looks right. How often do you purchase a book based on an ad on one of those sites? I have. I thought Sharon Buchbinder’s book Obsession looked interesting, so I purchased a Kindle copy.

Do you promote your book on Facebook group pages?


If so, do you think you’ve generated any sales through this kind of exposure? I promoted heavily this way in the last half of 2013. I haven’t been able to tell if any sales were made due to this kind of exposure. Personally, I have purchased two books that I thought looked interesting based on the author’s promo on one of these sites.

Do you guest post frequently on other people’s blogs?


Does this kind of exposure generate sales? I have backed away from blogging this past year because it has been very frustrating to me due to the very slim number of commenters on blog posts. To me, blogging has become time consuming and generates very little sales activity. What has been your experience?

Do you ever purchase and review books from authors outside your author connections?


If so, how do you find new authors to read? In 2013, I bought some books from authors I wasn’t familiar with. Some of those books have been enjoyable reads and I went back to the author for another read. I also started a book review site, which has introduced me to some excellent authors.

My time is so limited these days, and I want to make every ounce of promotional energy count. So what say you, fellow authors? What has worked for you? Or are you just as frustrated as I am with your promotional efforts? Any and all feedback will be much appreciated!
Posted by Denise Moncrief at 11:42 AM 10 comments: