Confessions Of a Hoarder

No, not that kind of hoarder. Not like that horrid television show. Ugh.

My mother is kind of a sort of hoarder. She’s been on her own since my father died, but when I recently helped her move, I discovered that she hadn’t thrown anything of my father’s away. I guess I can understand the sentimental attachment to some items, but others I think could have been tossed years ago. By my father. Oh my Lord, I think my father had saved every bank and broker statement he ever received since 1950. My mother continued the practice. Mounds and mounds of paper tucked in every drawer. Stacks on top of desks and tables. I have some shredding to do. Makes me think I should reevaluate what I hoard...um...I mean save just in case the IRS wants to peek at my paperwork one day.

There really is such a thing as a paperwork monster. Really. I just conjured a huge paperman that looks a lot like a snowman. The difference is...a snowman seems friendly but a paperman doesn’t. Hmmm... What if there was an evil snowman... Sounds like the plot for a suspense thriller...or something. Maybe Misty and the Killer Frosty. What do you think? Best seller? 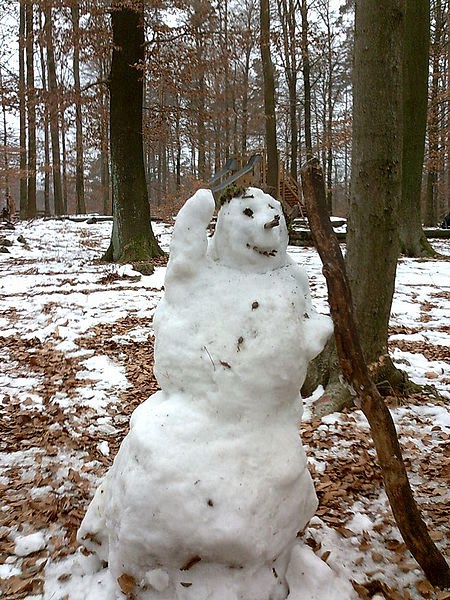 I don’t hoard stuff really. I’m an obsessive tosser. Clutter makes me anxious. My family knows I’m angry or upset when I start cleaning. Back off, Mom’s in a mood. I confess there is one area where I am an obsessive hoarder. As a writer, I collect words and scenarios, bits of conversation, quirky sayings, and odd situations. I have a note on my phone where I quickly save weird stuff I overhear in restaurants. Or at Walmart (the bane of my existence). Those bits of strange human behavior find their way into my manuscripts. Because I have a mantra I live by. Are you ready for it?

NORMAL IS BORING; TWISTED IS BETTER.

Yep, I loved being warped, and I like my characters to have at least one quirky personality trait or one really weird habit. Makes them human. Like me. I never have cared much for the perfect hero or the pristine heroine. People are strange, and so my characters should be as well. I read a book where the only thing the heroine had ever done wrong was be jealous of her sister over something trivial. I mean, come on, really? I finished the book because it was a nice, sweet little fantasy, but the characterization did not strike a real human chord. I want characters with meat on their thick bones. I’ve read heroes who did everything perfectly. Whatever they attempted was a success, and the heroine adored the hero with googly eyes, her heart mushing to the ground around her feet. He’s handsome, he’s strong, he’s smart, he can play the guitar while chopping a cord of wood or punching out a bad buy while reciting love poems and running a multi-million dollar, international corporation without ever leaving the confines of his spacious, fifty room mansion. Other women lust after him but his heart belongs to the sexy, sweet, adoring female who can’t understand why he wants her. Please!

Sigh. Okay, there it is. I hoard drama. The more the better. So I’m going to offer you this bit of drama from my edit in process entitled Cross Examination.

Tamara’s head slid off her forearm and banged on the desk. She jerked and tried to focus, pressing against the pain in her forehead. A thump evaporated the grogginess. She bolted upright. She’d never heard that particular noise in the house before tonight. She berated herself for falling asleep in the garret—so far away from Gabby on the second floor.

When a thud and a creak followed closely on the first noise, she was convinced an intruder was in her house. She studied the clutter on her desk. The importance of what she discovered pushed through her panic. She couldn’t leave the list behind. Its existence alone was perhaps enough to put her life in jeopardy, enough to put Gabby in danger. She had to protect her daughter.

Scooping up her research, she crammed the paperwork into a large tote she kept under the desk. She glanced at her laptop, but left it with the lid open. Reaching for the light, she stopped and then left it on as well. She had to leave everything just as if she intended to return. She quickly erased the open document from the hard drive before she removed the travel drive from the USB port, tucked it in her pocket, peeked her head around the door, and then started down the stairs.

As she descended the back flight to the floor below, she stopped and listened. Moved a few steps. Stopped and listened. Whoever was rummaging around her things no longer tried to muffle the noise he made. Thuds, bumps, and scrapes punctuated her fear. Her instinct screamed at her. Without a doubt, the intruder was Scott.

Did he think she wouldn’t hear him? Maybe he imagined her cowering in her room waiting for him to do his worst. Maybe he still thought of her as the submissive little woman, powerless to oppose him. Or perhaps he believed fear immobilized her as it so often had in the past. He was a fool and he didn’t know her anymore. She was stronger for having spent so much time away from him on her own, learning to cope with life’s everyday problems without him. Never would she allow a man to control her again as she had let Scott. Her emotions were her own. He would not dictate to her how she would react.

Gabby was in her arms before Tamara caught another breath. The tote dragged on her arm as she tried to lift the child.

“Shhh…” She placed her pointer finger over Gabby’s mouth. Fear reflected in her daughter’s eyes. Surely Gabby heard what she had heard. Her heart hurt for her child. They had once before left in the middle of the night. That escape had been difficult for Gabby. She’d had a hard time sleeping for weeks after that.

Out in the hall, she didn’t have to strain to hear. He made no effort to hide his ascent up the front stairs. Tamara descended the back. On the landing, she paused once more. Something crashed to the floor in her bedroom. She imagined him pulling out all her dresser drawers. Yanking her bed linens from her unused bed. She slept in Gabby’s room for fear Scott would find her, that he might sneak into her house when she was unaware and snatch her child away from her. She had been right to do so, despite all the parenting books that told her not to sleep in the same bed with your child.

She rushed down the remaining steps and ran for the kitchen door, no longer mindful of the racket she made. As she passed the counter, she grabbed her purse. Her compact, lipstick, brush, and a few wadded up receipts spilled across the countertop from the open flap. She hadn’t left it unsnapped. Had he searched the contents? She stuffed the scattered items back into the handbag with one hand. One glance around the kitchen and she was moving again. She slung the purse strap over her shoulder, rushed toward the back door, and wrapped her fingers around the doorknob.

“Tamara,” he yelled down the stairs. “Where are you? Quit hiding from me.”

She cringed at the anger in his command for her obedience.

She never doubted the man in her house was Scott. She could almost smell the menace. His voice crawled all over her—a voice she had hoped never to hear again. She yanked the door open and rushed into the night, her child clutched to her chest, the weight of her purse and the paperwork in the tote pulling on her arm. She didn’t bother to slam the door behind her.

Posted by Denise Moncrief at 1:00 AM